Six teams contested three motions and were judged on their debating skills by an all-party panel of judges led by a non-political chair. The judges awarded prizes to the teams they considered to have won each debate, and a prize to the overall winners of the competition.

The team from Hitchin Boys’ School successfully argued against banning genetically modified organisms in farming, while a team from St George’s School in Harpenden won their debate arguing against legalising polygamy and polyandry.

Amy and Corinne showed outstanding skill in arguing in favour of the motion that we are too late on global warming, and were awarded the overall prize by the judges.

Peter said: “Once again the standard was enormously high and the judges had a hard task picking winners.”

Chair of judges Mr Malcolm Rainbow said: “I was impressed by the calibre of all the teams, but Amy and Corinne won on points, deploying their arguments with wit and force.” 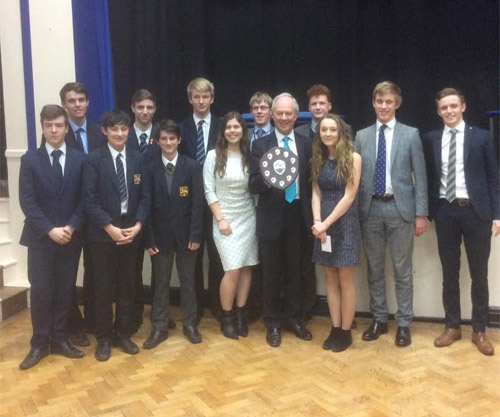